Successful demo on Friday at the Indian High Commission! 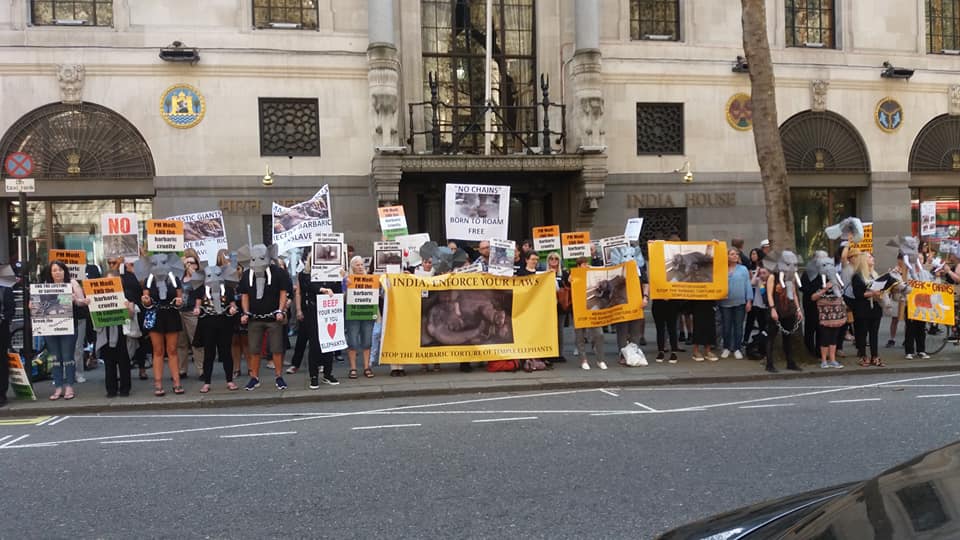 A large group of protesters gathered outside the Indian High Commission on Friday 20th April, some wearing chains to symbolize the slavery and abuse of temple elephants.  The event attracted much attention and was covered by The Independent in 2 articles on the issue and about our campaign:

Chained, beaten, whipped and exploited like slaves: The hidden horrors meted out to India’s temple elephants 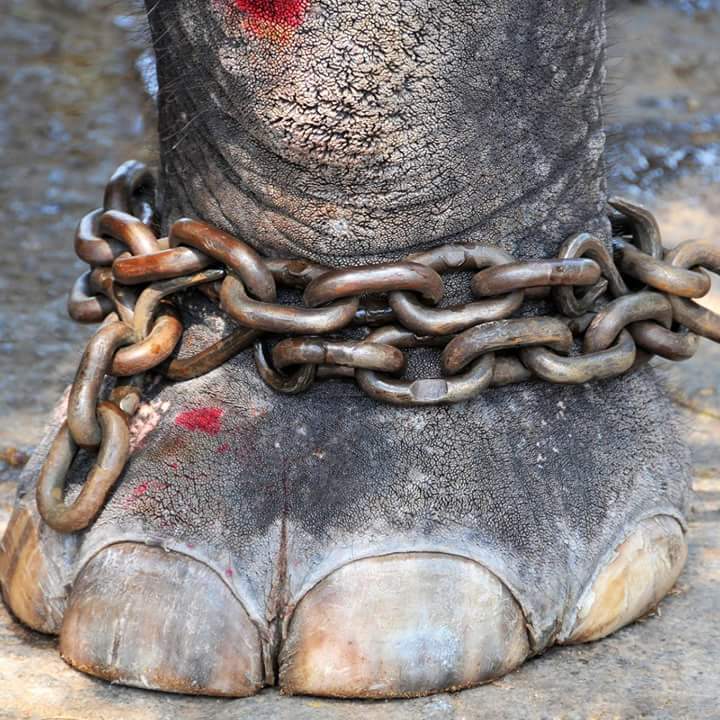