On 18 May 2016 we held a peaceful protest outside Woolley and Wallis Auction House in Salisbury to protest the ongoing commercial trade of ivory in the UK.

If elephants are to survive, there needs to be a global ban on ivory, with each country playing its part in shutting down its domestic ivory market. 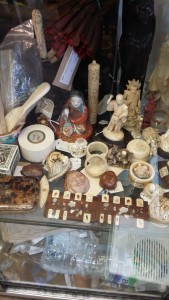 Ivory is openly sold at antiques markets, auction houses and other retail outlets throughout the UK. These are examples from an antiques stall in Portobello Road, London.

The laws in the UK for selling ivory are complicated and difficult for all parties to understand. They rely largely on the sellers themselves making the judgement on the ivory piece’s age.  But even experts can be fooled by expertly aged ivory, and it can be difficult to say with complete certainty exactly how old a piece is.  Antiques markets, auction houses and individual sellers of ivory are not sufficiently monitored and prosecutions are rarely made.  The system is wide open to abuse.

As long as there is a market for ivory, the killing of elephants will continue.

Please stand with us as we protest against the industry that shamelessly continues to sell ivory while elephants are brutally killed by poachers every day. 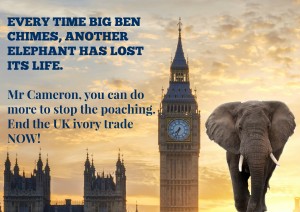