Demo at Chinese Embassy
Calling on China to Ban Ivory

Around 300 people gathered to call on China’s leadership to close its ivory-carving factories and ivory retail outlets, and to close down the domestic ivory market. As the world’s leading consumer of ivory (over 70% of illegal ivory makes its way to China, to be carved into trinkets for affluent Chinese), China has the biggest role and responsibility in ensuring the survival of elephants in Africa.

Unless China’s leaders take these urgent steps, we may soon be witnessing the last days in the wild of these majestic, supremely intelligent and emotionally sentient creatures, who are being wiped out by poachers at the rate of around 100 EVERY DAY.

If China takes the lead to save them, it will gain the respect and gratitude of people the world over. Furthermore, it would be the single most important move to stop the trans-national criminal networks of poachers and ivory traffickers, and to halt the involvement of terrorist groups such as Al-Shaabab and the Lord’s Resistance Army, which are funded by ‘blood ivory’.

Dominic Dyer from Care for the Wild International and Dr Trevor Jones from Southern Tanzania Elephant Project spoke at the event. 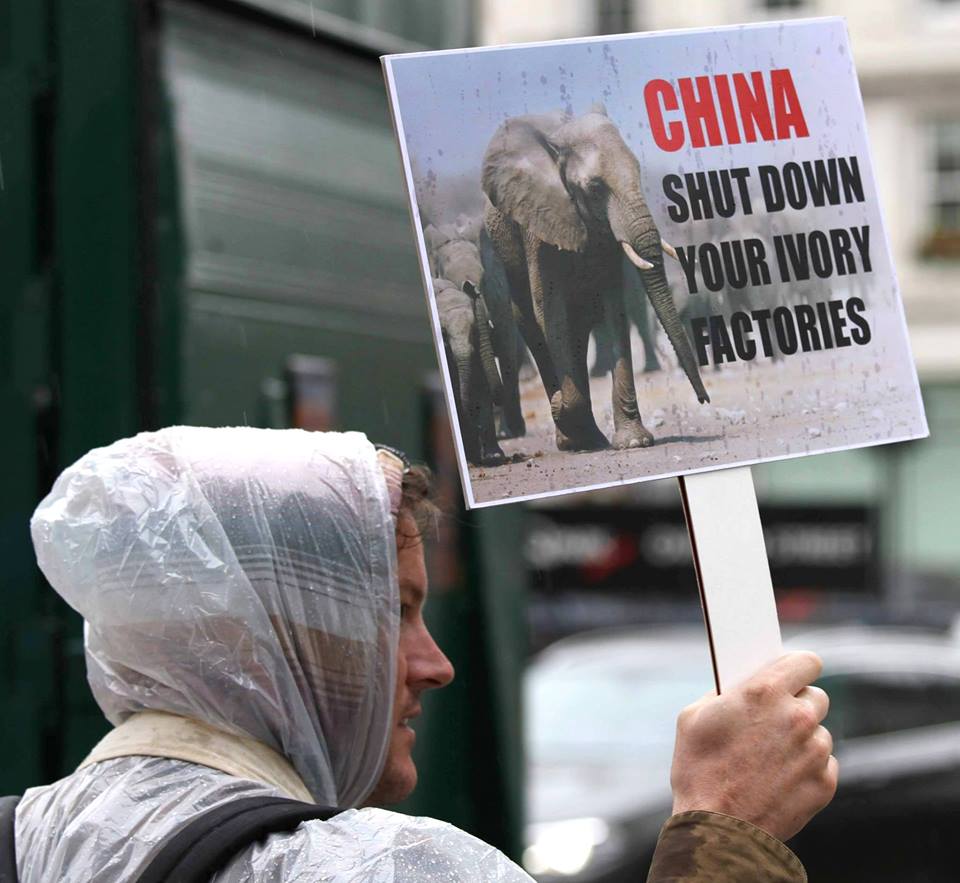