Demonstration at the Chinese Embassy

On January 25th Action for Elephants UK, supported by Care for the Wild and the Environmental Investigation Agency (EIA), held a demonstration outside the Chinese Embassy in London to call for an end to the ivory trade. With a turnout of some 150 people, the event was a resounding success, helping to raise public awareness of the crisis that’s killing some 35,000 elephants each year. The event was widely reported in the press and online media, which took the message to an even wider audience.

A big thank you to all of you who came to the event – it was only a success because you showed up and made it happen!  Please come along to our next event which is taking place on February 13th at the global summit on the illegal wildlife trade. This is a top-level summit with leaders from 50 countries attending, and a unique opportunity for the international community to achieve great things. Join us and add your voice!

Already in 2014 we are seeing a number of positive measures happening to save elephants. Our group’s role is to keep up the pressure, keep bringing attention to the crisis, keep pushing for an ivory ban – all our actions, and those of all the other elephant conservation groups and individuals who are fighting hard, do count and are heard.

Some press notices of the protest:

The Independent: Protesters lock horns with China over ivory as campaigners look into buyers

Some photos of our protest at the Chinese embassy. 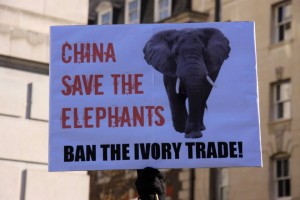 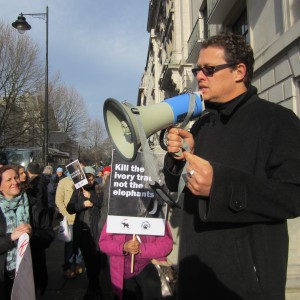 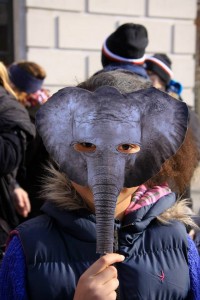